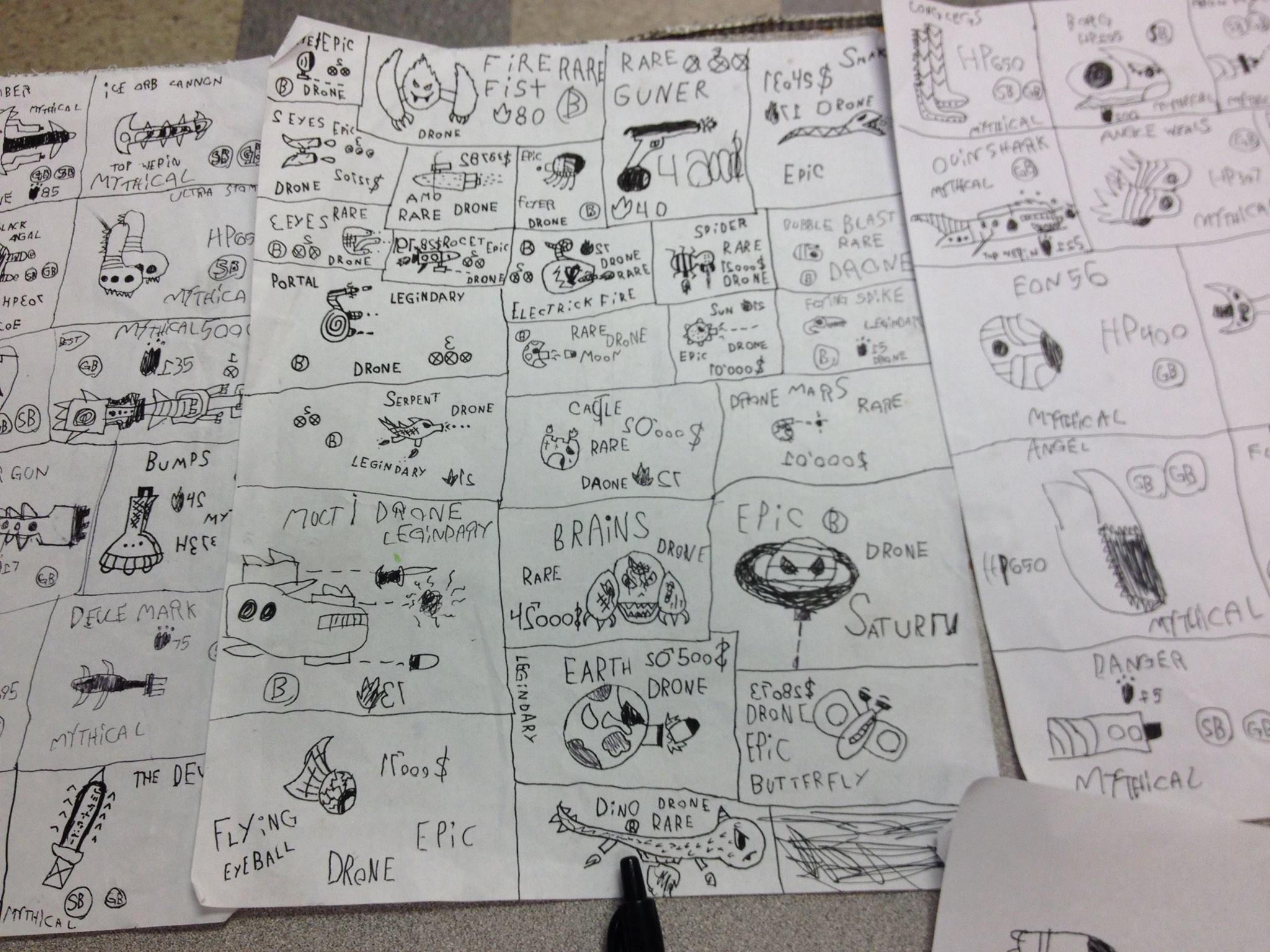 A few weeks ago, my seven year old son, Dhaero, was helping his five year old sister, Esme, sound out the words on a drawing he'd made for her.  "R" he said, "R sounds like rrrrrrr." Then "O, O is aaaaaa." Eventually the word "rocket" was read out and Esme repeated the word, then joyfully exclaimed, "Oh! So it says "Rocket launcher!"  "Yeah," Dhaero answered, pointing to the illustration he had labeled.

A while before this heartwarming scene, another like it had unfolded.  I overheard my nine year old, Meridian, reading a baby book aloud.  I came upon him sitting with Esme and their two year old sister, Peridot, reading aloud to them.

The thing is, neither of these boys were ever formally taught to read.  They taught themselves.  And now they are teaching their sisters.

I was introduced to the concept of spontaneous reading while researching the Sudbury model, but until I saw it for myself, I couldn't understand just how it happens.  With all of our children, we sing and sign the ASL alphabet to them from an early age.   We then show them letters in books where the alphabet appears and have magnet alphabets on our fridge.   We read to them.   This is the extent of any lessons involving reading that we've done with Meridian, Dhaero, Esme, or Peridot at home. 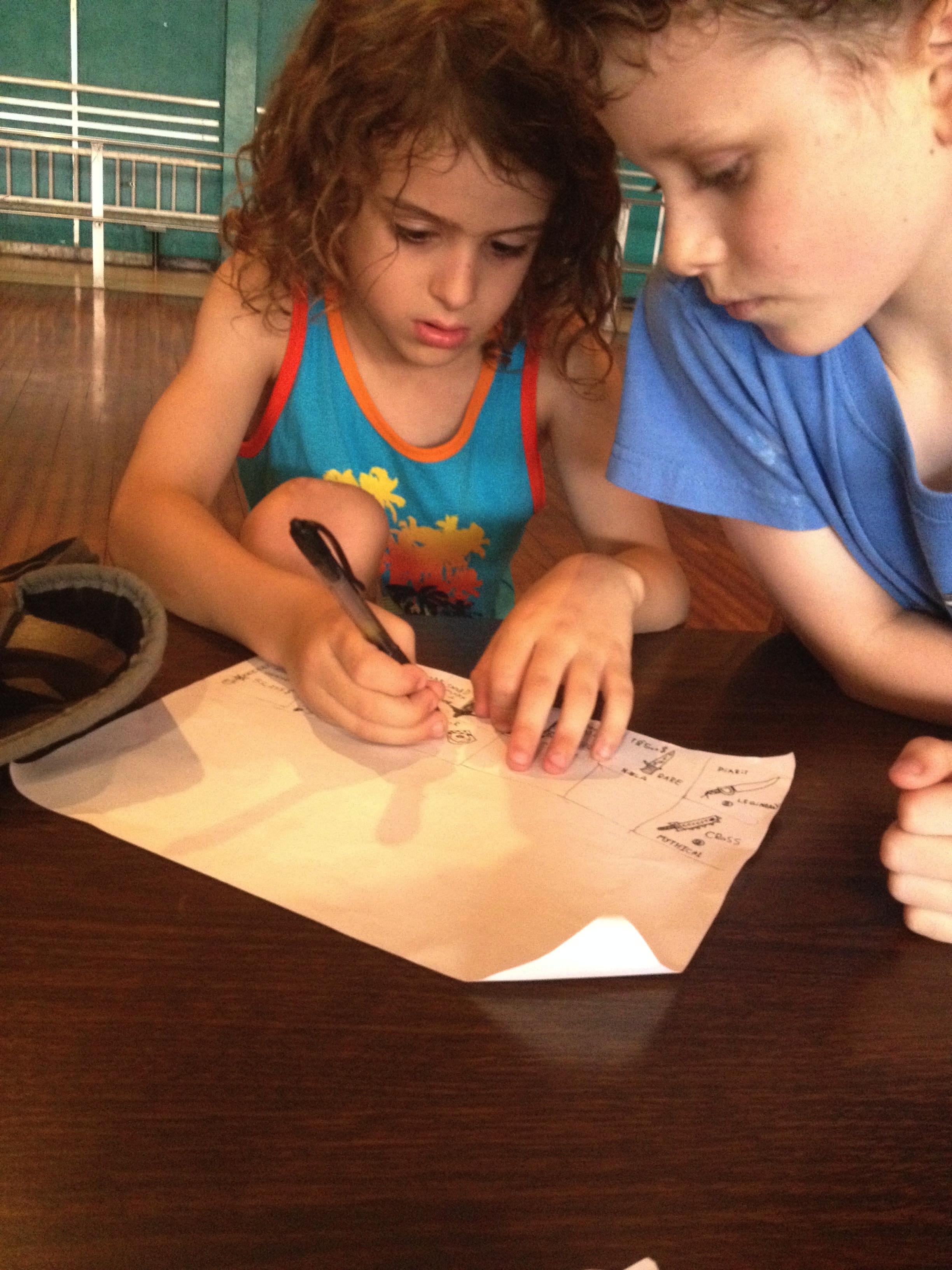 With our first son, Odyssey, reading was presented in the classroom.  He attended a public kindergarten and was given a daily dose of coerced reading lessons, complete with worksheets to take home so that we, his parents, could be part of the drawn out, labor-intensive process of forcing somebody to learn a skill regardless of their interest or willingness to take on the information at all.   Odyssey is a very bright child, inquisitive and eager to expand his knowledge about the world. However, he was apathetic about reading.  He didn't resist it, but he didn't seem especially excited.  There were so many more thrilling ways to interact with knowledge, as far as he was concerned.

It took about a year for him to learn to read basic children's books with this method.  Honestly, I didn't question a process that was so familiar and routine.  This is how I and every adult I know learned to read.  It seemed normal.

But then we moved our children to the Philly Free School, where formal reading lessons do not exist.  Odyssey, age 7, was reading at a first grade level, and Meridian, age 6, was not reading at all.  For the first year, things stayed the same.  Meridian had always been interested in drawing very detailed artwork, and was increasingly focused on filling pages and pages of tiny, intricate rows of comic book action sequences. He was very good at using the expressions and motion lines of his characters to indicate nonverbal interactions.

Meridian's curiosity about written words was sparked when he realized that there are recurring signs in the city.   He would say, "That says, 'Enter'.  That says 'Exit'.  That says 'Open.'"    For a year or so, that was the extent of his reading.

Otherwise, he was busy every day with his wordless comic strips.   Then, suddenly, in his second year at the Philly Free School, he started asking his dad and me, "How do you spell, ‘no?’  How do you spell, ‘inventory?!’  How do you spell, ‘worlds?’”   His little action strips began to take on a new and exciting element: captions.   Within two weeks, he was asking for help with complete sentences, and by the third week, he could read and write the majority of the captions completely on his own.

Yes, it was kid spelling, yes he did and does still ask for help.  But he can do it.  He wants to do it.  He taught himself to do it.   Without worksheets, chalkboards, boring beginner reader books redundantly hammering uninteresting words into his brain.   He reached for the big, exciting, meaningful words that applied to the art he needed to express.  It was like he leaped over all the steps in learning to read that take the fun out of it, and flew directly to the good stuff.   He quickly surpassed the reading level of his older brother (who had been taught to read "at grade level" in public school). Meridian now spends hours everyday writing extensive comic strips with lots of dialogue and fantastic words.

It was like he leaped over all the steps in learning to read that take the fun out of it, and flew directly to the good stuff.

Was it a fluke?  Was Meridian special?  Were the circumstances unique?  If I  only had the two boys, I may have been asking myself this question for the rest of my life.  But, as fate would have it, my study pool is larger than two.

Odyssey is now ten, Meridian is nine, and Dhaero is seven. Dhaero, like Meridian, was completely illiterate when he started attending PFS.

Early on, Dhaero liked journals, or little books that you could fill with your own ideas, but he got excited about making his own books when he found out about staples.  He liked that you could staple folded paper together to replicate real books.  He drew pictures.  He copied numbers onto the corners of the pages, and started consistently penning "The End" on the last page of his journals, as he saw in real books.  It's important to state that nobody was requiring him to do any of this: he did it for fun.

Eventually, he wanted to tell the stories using words throughout the books he made.   And so it began again, "How do you spell: ‘There was a house?’  How do you spell, ‘Is this Heaven?’”

Now, Meridian and Dhaero compose "epic" games and stories together.   They write out captions, labels, words, rules, names, and fill pages with great, imaginative words.   They bond over a shared joy of art and words.

Thankfully, Odyssey's interest in reading returned after several years of dormancy.  He began brushing up on his reading when video games required it to proceed in level, sounding out the words as he was taught in school, but if Meridian or someone else who could read was around, he'd rely on them.   Then, through a friend at PFS, he discovered Pokemon.  He carries around a now tattered Pokemon Handbook and has read and reread every page, memorizing literally hundreds of characters and stats.  I credit Pokemon and video games for rehabilitating his lackluster appreciation for the written word.

If you ask my boys how they learned to read, the answers are telling. 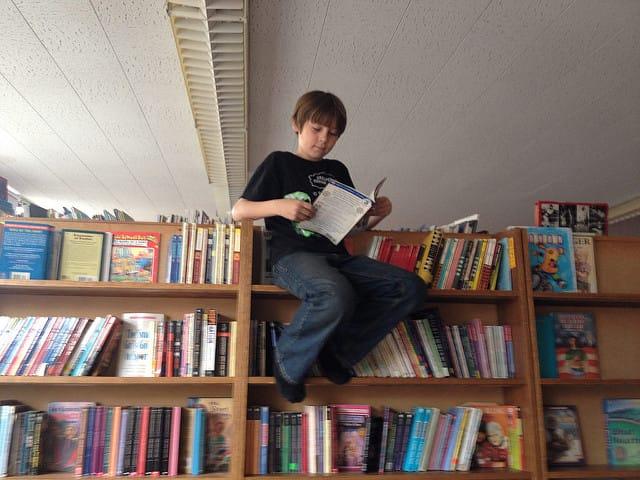 Meridian will say, "I just looked at signs outside."

Dhaero will say, "By my brothers."

I love that sequence.   It says so much.   I am so looking forward to hearing how Esme and Peridot will answer the question when the time comes.